Audition for The Revolutionists! 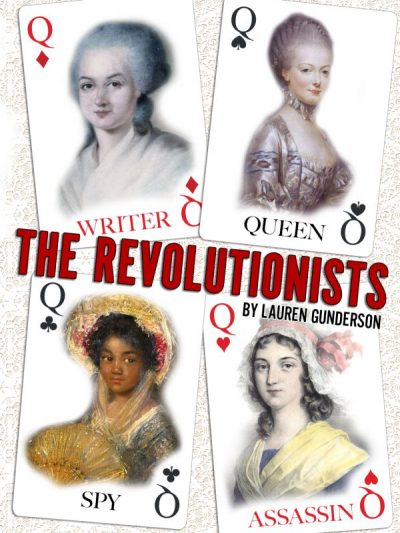 We are looking for 4 strong actresses, 25 years and up:

Marianne Angelle, 30s, black. A badass black woman in Paris. She is from the Caribbean, a free woman, a spy working with her husband, Vincent. Tough, classy, vigilant, the sanest one of them all.

Play synopsis:
Four beautiful, badass women lose their heads in this irreverent, girl-powered comedy set during the French Revolution’s Reign of Terror. Playwright Olympe de Gouges, assassin Charlotte Corday, former queen (and fan of ribbons) Marie Antoinette, and Haitian rebel Marianne Angelle hang out, murder Marat, and try to beat back the extremist insanity in 1793 Paris. This grand and dream-tweaked comedy is about violence and legacy, art and activism, feminism and terrorism, compatriots and chosen sisters, and how we actually go about changing the world. It’s a true story. Or total fiction. Or a play about a play. Or a raucous resurrection…that ends in a song and a scaffold.

Cold Readings from the script. Please bring a headshot and resume.