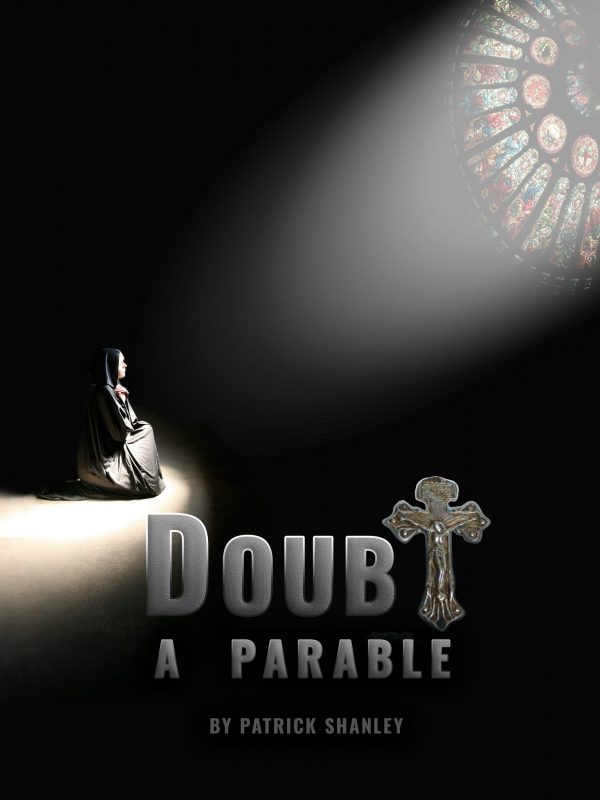 World Stage is looking for strong actors for the December 2021 production of Doubt: A Parable.
Tuesday, August 24th from 6-9pm
BKL Architects located at 1623 E 6th St, Tulsa, OK 74120
Directed by Frank Gallagher
Show Dates – December 2-5, 2021
Play Synopsis:
“What do you do when you’re not sure?” So asks Father Flynn, the progressive and beloved priest at the St. Nicholas Church School in the Bronx, in his sermon. It’s 1964, and things are changing, to the chagrin of rigid principal Sister Aloysius. However, when an unconscionable accusation is leveled against the Father, Sister Aloysius realizes that the only way to get justice is to create it herself. And as for the truth of the matter? As Father Flynn says, “Doubt can be a bond as powerful and sustaining as certainty.” In stunning prose, John Patrick Shanley delves into the murky shadows of moral certainty, his characters always balancing on the thin line between truth and consequences. Pulitzer Prize and Tony Award-winning play, Doubt: A Parable is an exquisite, potent drama that will raise questions and answer none, leaving the audience to grapple with the discomfort of their uncertainties.
Characters available:
Sister Aloysius (white, 50-80 y.o.)
Sister Aloysius is a nun who serves as the principal of St. Nicholas School. A strict disciplinarian, she is committed to what she sees as the traditional ways of running a Catholic school.
Father Flynn (white, 30-50)
Father Flynn is a priest at St. Nicholas Church and School whose history as a sexual abuser has been thinly veiled by powerful figures in the Catholic Church. Unlike Sister Aloysius, he believes that the Church needs to make an effort to relate to the general public.
Sister James (white, 20s)
Sister James is a young nun at St. Nicholas School. A person with “sunshine in her heart,” she wants to be the kind of teacher students feel comfortable talking to about their problems.
Mrs. Muller (African American, 30-40)
Mrs. Muller is mother of Donald, the first African American student admitted to St. Nicholas. When she learns from Sister Aloysius that Father Flynn is most likely sexually abusing her son, she refuses to do anything about the situation. This is because she thinks doing something to stop Father Flynn will ultimately have a negative impact on Donald’s chances of graduating the eighth grade and getting into a good high school.
Audition process:
There will be cold readings from the script.