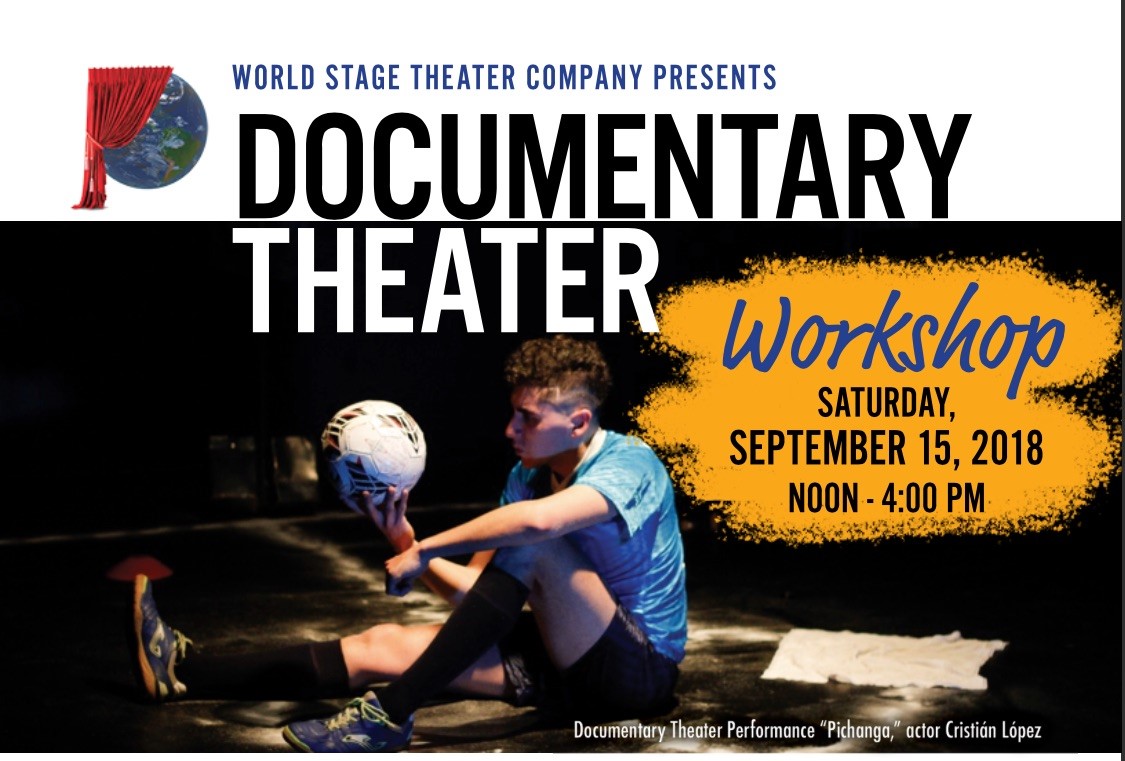 Documentary Theater, also referred to as docudrama, ethnodrama, verbatim theatre, tribunal theatre, theatre of witness, or theatre of fact, works with reality and socio-political context as its main theme and works with performers as the subjects living, observing, surviving, fighting, in such context. The performer will work as an investigator taking his own story to the stage. We will work with different creative strategies and tools that introduce performers to the skills that will allow them to serve as the author of their own performance piece.

The Workshop’s creative process will allow the performer to discover and unveil the tensions and contradictions in his/her material. Alongside your personal story, there is a history in the background, which plays a larger role in your narrative and connects you with other people with the same story. If you document your personal history, you will also find one (or more) unofficial (his)tories that will add additional light and darkness to the fabric you weave with your tale. The way you make them work with each other is up to you and the “game” rules you set.

About the teacher: Manuel Ortiz studied acting in University of Chile. After graduated he studied in Italy in a theater laboratory on a state scholarship. He has worked as an actor and director at the Chilean National Theater, as well as many other theater companies. He worked as an acting teacher at University of Chile, University of Cordoba, Argentina, and many other educational institutions. He has directed 10 plays. On 2011 he founded the documentary theater company “La Criatura”, their first play focused on the 2011 student movement in Chile, since then they have presented their plays in Chile, Argentina, Brazil. México, US, Spain, Italy and Germany.