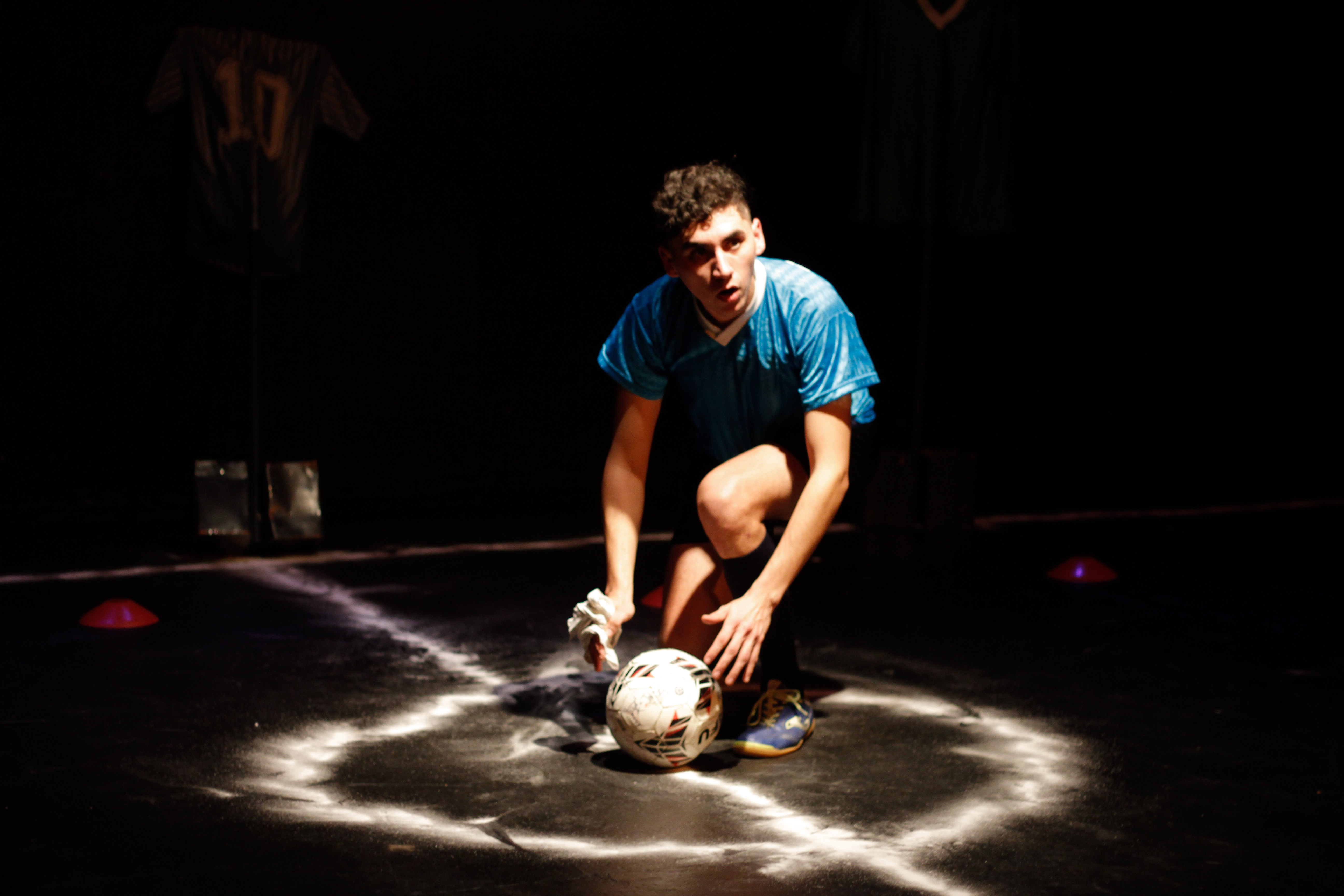 NOTE: THIS PLAY IS PERFORMED COMPLETELY IN SPANISH!

Join us for this very special performance of an award winning piece of Theatre all the way from Santiago, Chile — “Pichanga”!

“Pichanga is what we called the kind of soccer that kids play in the poor neighborhoods in Chile.”
This is the award winning true story of Cristian (the actor in this play), who was born in 1990 just after the Pinochet dictatorship ended, when kids began to dream again. His dream, as every kid’s dream in Latin America, was to become a soccer star.

The play weaves Cristian’s own personal story, Chilean recent political history, and latin american soccer history, using Cristian’s dream of becoming a professional soccer player as the thread that weaves the stories together. The play tells Cristian’s journey of how he quit his dream of being a soccer star and stopped playing soccer on the streets and started to fight in the street along with the student movement that fought for public education in Chile. At the end he changed from the streets to the stage, his new battlefield, to fight for his new dreams and the dreams of his daughter. This play will be performed completely in Spanish, but you won’t need to understand the language to connect with this stellar performance and moving story!

*There is a $15 savings to purchase a ticket to Pichanga AND the Documentary Theatre Workshop.